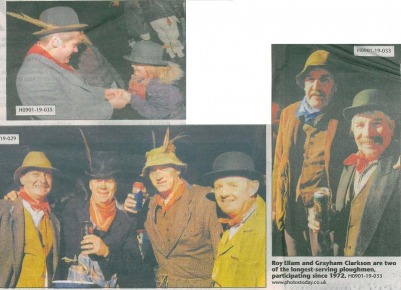 AGE-OLD TRADITION JOINS WHOLE COMMUNITY
A Balsham villager who raises funds for East Anglian Air Ambulance (EAAA) got to feel the benefits of both sides of the villages Plough Monday this week.
Alison Horsley took part in the event by hosting Balsham Ploughmen and Cambridge Morris Men at one of their stops and also successfully gained EAAA status as the event's main charity this year.  The Cambridgeshire village's traditional annual event, which was resurrected 36 years ago, saw the plough and morris men drag an old-fashioned plough and dance through the streets of Balsham, collecting cash for charity.

Alison said "It's our first year involved as a charity but I've lived in the village for four years. It's just a fantastic event.  The whole community gets behind it in an age where so many people don't know their own community." 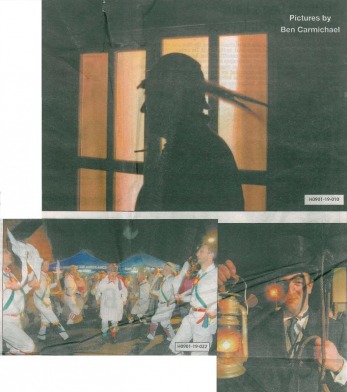 "There must have been over 100 people at our stop and it was brilliant.  It was great to see people of all ages and backgrounds enjoying themselves and having the ploughmen and morris men strutting their stuff."

The event has raised more than £35,000 for the local community since the old tradition was resurrected in 1973.  An early count up of the money suggested this year's total could be in excess of £2,000 with half going to EAAA and the other half going to charities in the village.

More than £3million has to be raised every year to keep EAAA's two air ambulances flying and to provide the advanced medical equipment they carry.