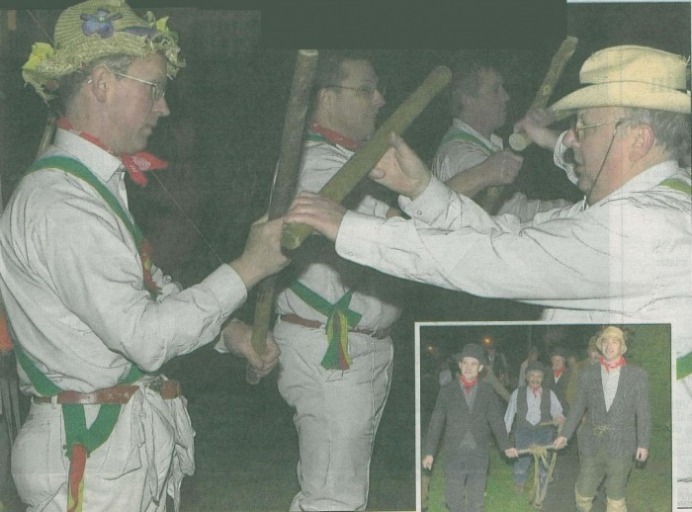 Traditional celebration: Ploughmen and morris men make their way through the streets of Balsham
MONEY IS PLOUGHED BACK INTO GOOD CAUSES
Ploughmen and morris men took to the streets of Balsham last night as part of the annual Plough Monday celebrations.
The event began in West Wickham Road as street entertainers followed the wooden plough, pulled by six men, as it went through the village to raise oney for good causes.
Plough Monday is the first Monday after the 12 days of Christmas, a day when ploughmen traditionally blackened their faces and wore white shirts.
They would decorate their ploughs and go around collecting money, accompanied by someone acting the Fool.
Money raised from last night's event will be divided between the newly-formed Balsham Rainbows, refurbishment of the Scout hut and a donation to the Balsham Asian Disaster Appeal for tsunami survivors.
Organiser, Jan Ellam, said "It is a good thing for the village ... we tend to keep most of the money in the village if we can find a good cause"